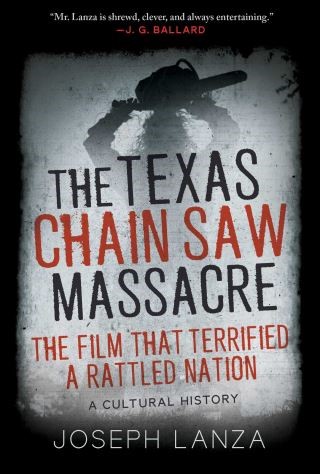 The Film That Terrified a Rattled Nation

When Tobe Hooper’s low-budget slasher film, The Texas Chainsaw Massacre, opened in theaters in 1974, it was met in equal measure with disgust and reverence. The film—in which a group of teenagers meet a gruesome end when they stumble upon a ramshackle farmhouse of psychotic killers—was outright banned in several countries and was pulled from many American theaters after complaints of its violence. Despite the mixed reception from critics, it was enormously profitable at the domestic box office and has since secured its place as one of the most influential horror movies ever made. In The Texas Chainsaw Massacre and Its Terrifying Times, cultural critic Joseph Lanza turns his attentions to the production, reception, social climate, and impact of this controversial movie that rattled the American psyche.

Joseph Lanza transports the reader back to the tumultuous era of the 1970s defined by political upheaval, cultural disillusionment, and the perceived decay of the nuclear family in the wake of Watergate, the onslaught of serial killers in the US, as well as mounting racial and sexual tensions. The Texas Chainsaw Massacre and Its Terrifying Times sets the themes of the film against the backdrop of the political and social American climate to understand why the brutal slasher flick connected with so many viewers. As much a book about the movie as the moment, Joseph Lanza has created an engaging and nuanced work that grapples with the complications of the American experience.